Chinese ceramics are considered to be the most significant and popular art-form to have been produced in China. In fact, their association with their country of origin is so significant that objects have even adopted its name: China.

Before we get started (and to clarify) it is worth stating that although there are sub-categories of ceramics or pottery such as earthenware, stoneware or porcelain, which comprise different kinds of clay, they can all be referred to as ‘ceramics’.

Some of the most prominent and traditional ceramics are as follows:

Sang de boeuf, often referred to as flambé glaze, are ‘oxblood’ coloured pieces sometimes featuring streaks of turquoise or purple to break up the rich colour. The difficult manufacturing process of this particularly rich shade of red, which is achieved through an oxidisation process of iron and copper, was first recorded in China between the 11th and 13th century. European earthenware producers were not able to replicate the lengthily firing process involved in the production of sang de boeuf until the 19th century, leaving China to monopolise on such wares for centuries.

Black-glazed earthenwares were originally utilised by the middle classes owing to their durability, they were ultimately taken up by the Chinese upper classes. Wares with glazes in shades from ochre to black were achieved by using iron-rich clay. The larger the iron content, the darker the piece.

Sancai wares, also referred to as ‘egg and spinach’ or ‘tiger skin pattern’ ceramics or stonewares are characterised by their stained glaze of yellows, browns and greens. To achieve this look, the colour was applied directly to the underglaze. Following this, a clear glaze was applied to seal the colour. The effect this method created is closely related to that of Chinese sancai porcelain which originated around the 8th century.

Tea dust wares refer to a green speckled glaze which is fired at extremely high temperatures. It is speculated that the technique was developed in order to imitate bronze wares.

The beauty of the pieces shown above lies in their simplicity of form and decoration. They are amongst the first forms of ceramics and hold a high collectable value.

Not fancy enough for you?…wait for part II of this piece… 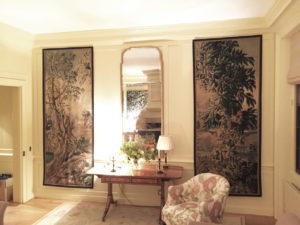 Inspiration for a Chelsea town house

Chelsea town house interior design It was a great privilege to work on an a [...] 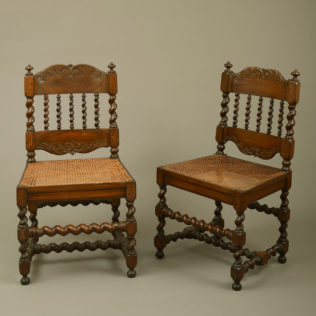 A rare pair of early 18th century Cape Dutch stink wood side chairs, each having [...] 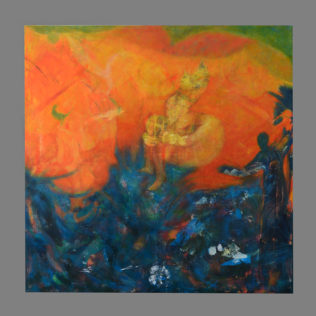