A very fine early 19th century carved giltwood convex mirror of great scale by Thomas Fentham of London, retaining the original convex mirror plate, set within an ebonised reeded slip inside a gilded moulded frame of fifty balls and having a ribbon tied moulded edge, the carved pendent acanthus leaf apron and cresting with an ebonised spread winged eagle, with chains, giltwood balls and tassels issuing from its beak, seated upon a platform, the sides having twin candle arms with ebonised pharaoh heads, cut glass socles and brass nozzles.

Thomas Fentham is recoded as a carver, gilder, glass grinder and picture frame maker who from 1774-1825 worked from various addresses in The Strand in London. His business was by no means inconsiderable and in 1820 his assets were insured for £5,400. A number of labelled examples of his mirrors survive and as such the name Fentham remains synonymous with the finest convex mirrors. Fentham had some notable commissions including Erddig in Wales – a number of corresponding papers exist as proof of his involvement there.

Eagles of small scale are often present upon the crestings of Fentham’s mirrors (as in this example). The parcel gilded Egyptian inspired candle arms are also a motif he employed in his convex mirrors.

While convex mirrors were produced in large numbers over the first three decades of the 19th century, very few of this exceptional quality survive. 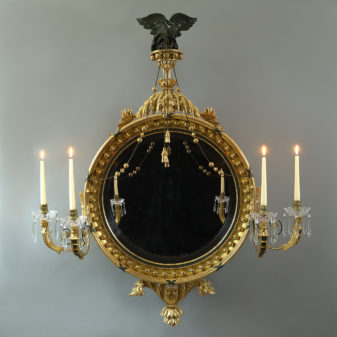 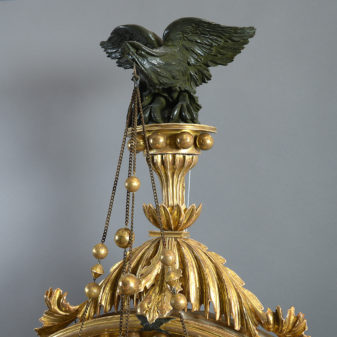 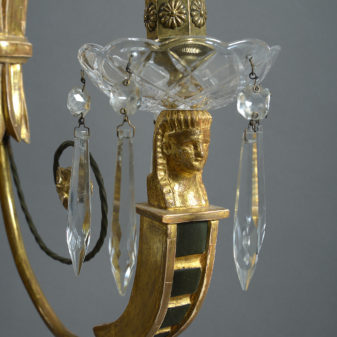 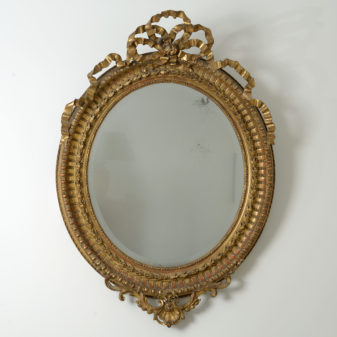 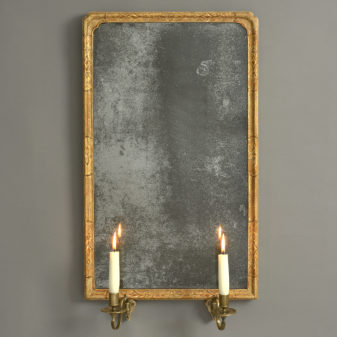 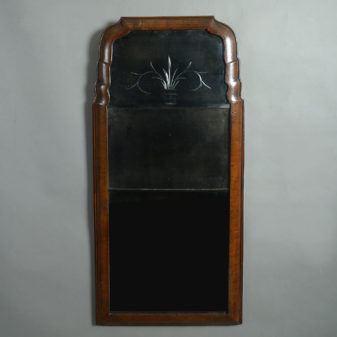 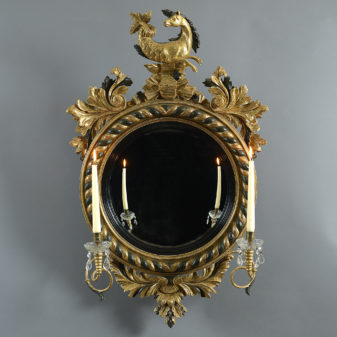 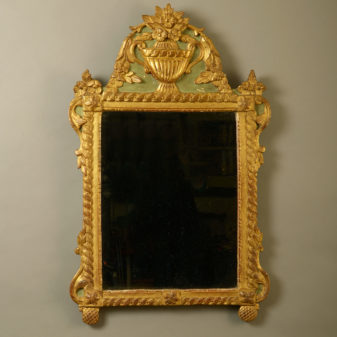 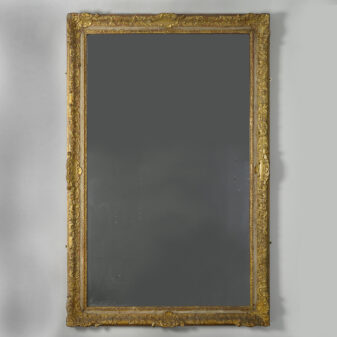 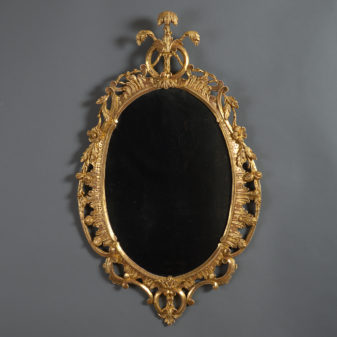 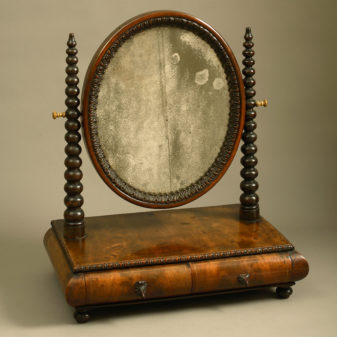 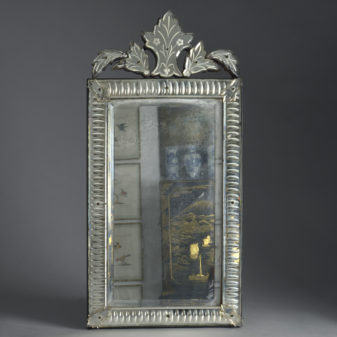 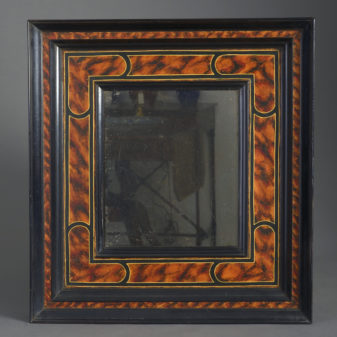 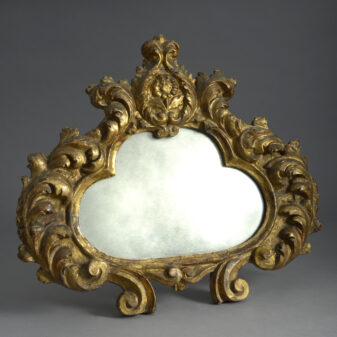 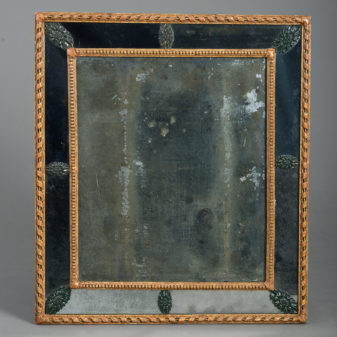 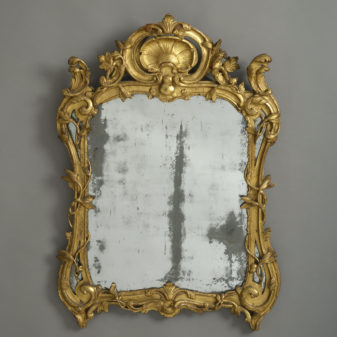