Oil on canvas; signed and dated 1661; held in an ebonsied period frame

Willem van Haren is chiefly known as an energetic diplomat and ambassador with strong involvement in local politics and academia. Born in Leeuwarden in the Netherlands he went on to become Sheriff/Mayor of Het Bildt a municipality of Freisland, a position he held for nearly fifty years before succeeded by his cousin. During this time he oversaw the expansion and power of his family from urban patriciate, through administrative offices and services at the Nassau-Dietz court to a truly dynastic presence in the region.

In 1658 he married Elizabeth van Hemmema and became a member of the Reformed Church at Sint Annaparochie, renting a house directly opposite the church itself. Eventually purchasing the property he turned it into an aristocratic estate with ornamental gardens. Later he oversaw the rebuilding and enlargement of the old church opposite, where the great Dutch artist Rembrandt was married in 1634, and which was to bear his name, Van Harenskerk. He was behind a number of important diplomatic missions, and acted as ambassador of the Netherlands in Denmark, Sweden and England.

Jan van Rossum was a talented but relatively obscure Netherlandish painter. Born in Vianen in the central Netherlands he was principally a painter of portraits in the vein of Michiel Jansz van Mierevelt or Daniel Mytens. The paintings by him that have emerged on to the market show a consistency in quality and composition which appears to have attracted wealthy businessmen and the aspirational classes of the Low Countries.

Painted in 1661 Van Haren is depicted as a confident young man, finely attired, and well groomed. An elegant, almost suave image that demonstrates well the abilities of the artist and which obviously suited the image Van Haren wished to project to the world.  A portrait of him in later life was painted by Bernard Valliant and engraved by Abraham Booteling. 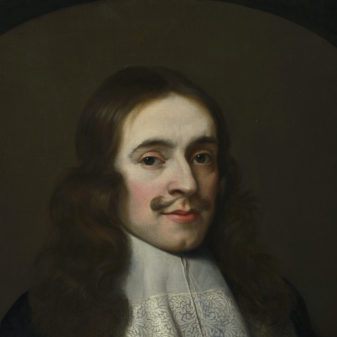 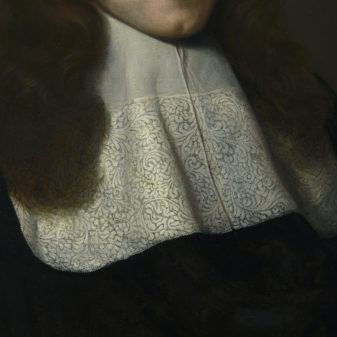 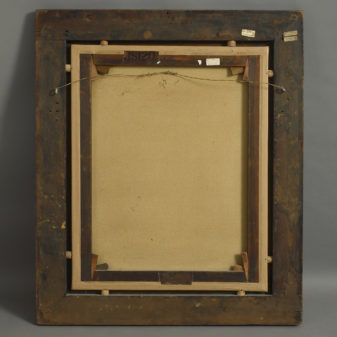