Oil on canvas; held in a carved and gilded wood frame.

Recently discovered, this striking portrait of the Duke depicts him at the height of his power and influence at the time he replaced Marlborough as the head of the British forces in the European wars. Painted a number of times by various artists of the day, this portrait by Jervas is a less bombastic portrayal of a close likenesses by Kneller at Hardwick Hall and the National Gallery, Ireland. It was probably owned by a Jacobite supporter resident in Avignon, possibly quite close to the Duke.

James Butler (1665-1745), 2nd Duke of Ormonde, an Irish statesman and soldier and one of the most powerful men in the government of England from 1710-1714, was the son of Thomas Butler, Earl of Ossory, and Emilia von Nassau, Countess of Ossory. Born in Dublin in April 1665, he was educated in France and afterwards at Christ Church, Oxford. On the death of his father in 1680, James assumed the courtesy title of Earl of Ossory. He obtained the command of a cavalry regiment in Ireland in 1684, and following his appointment at court on the accession of James II, he fought against the Duke of Monmouth at the Battle of Sedgemoor in 1685.

In 1688, he succeeded his grandfather as the second Duke of Ormonde, and was made a Knight of the Garter. From 1688 to 1715, he served as the eighth Chancellor of Trinity College Dublin and succeeded his grandfather as Chancellor of the University of Oxford, from 1688 until 1715. In 1688  Ormonde gave support to William of Orange, who made him the colonel of a regiment of horse-guards, which he commanded at the Battle of the Boyne in 1690.

Ormonde served  Queen Anne as Lord Lieutenant of Ireland from 1703 to 1707 and from 1710 to 1713. In 1711 he succeeded John Churchill, Duke of Marlborough, as Commander in Chief of the British forces in the War of The Spanish Succession against the French (1701–13). Nevertheless, soon after he landed in the Netherlands, he was secretly instructed (May 1712) not to join England’s allies in offensive operations while the Tory government was trying—unknown to the Allies and the Whigs—to come to terms with the French.

During the last years of Queen Anne’s reign, Ormonde almost certainly had Jacobite leanings, and he corresponded with both his cousin, Piers Butler (1652-1740), 3rd Viscount Galmoy, a descendant of the 10th Earl of Ormonde and the commander of a Jacobite regiment, and James FitzJames (1670-1734), 1st Duke of Berwick, who was James II’s illegitimate son. Ormonde’s position as Captain-General made him an influential figure in the crisis that followed the death of Queen Anne on 1 August 1714. Although he had supported the Williamite rebellion in 1688, he had traditional Tory sympathies, and politically he followed Lord Bolingbroke. Despite these political leanings and social connections, Ormond joined Henry St John, Viscount Bolingbroke, and Robert Harley, Earl of Oxford, in signing the proclamation of King George I. Nevertheless, the new Hanoverian monarch soon moved to deprive Ormond of his command as captain-general.

Events quickly overtook Ormond, and for his complicity in the secret Tory negotiations and accusations of supporting the Jacobite rebellion of 1715, he was impeached for high treason. Ormond immediately fled to France on 8 August 1715. His estates were forfeited and his titles extinguished. In 1716, the Irish Parliament passed an act that confiscated his immense estates, including Kilkenny Castle, extinguished the regalities and liberties of the County Palatinate of Tipperary, and offered a reward of £10,000 to anyone who apprehended him in Ireland.

In France, Ormonde lived for some time with Bolingbroke, and later moved to Spain, where he settled, found favour at court and enjoyed a pension from the crown. In 1719 he took part in a failed Spanish plan to invade England and put the Old Prentender on the British throne but after this he seems to have settled quietly in France in Avignon where he was visited by the intrepid traveller, Lady Mary Wortley Montagu, in 1733. He died there on 16th November 1745 after living 30 years in exile and was buried back in England with some of his ancestors in Henry VII’s Chapel in Westminster Abbey.

Ormonde married twice, firstly to Lady Anne Hyde, daughter of the Earl of Rochester, and secondly Lady Mary Somerset, daughter of Henry Somerset, 1st Duke of Beaufort with whom he had three children.

Charles Jervas was an Irish portrait painter and translator. By the mid-1690s he was in London, where he stayed and trained with Sir Godfrey Kneller. Between 1698 and 1708 Jervas studied in Paris and Rome, and acted as an agent for British art collectors. On his return to London he set up a successful portrait studio. With the help of his patron, Prime Minister Robert Walpole, Jervas secured the post of king’s painter. In this capacity he painted King George II, Queen Caroline and Prince William, Duke of Cumberland. While his reputation as a painter declined during the 1730s, Jervas’s literary ambitions resulted in a number of translations of French, Italian and Spanish literature. His most famous translation, of Cervante’s ‘Don Quichote’ was published posthumously in 1742. 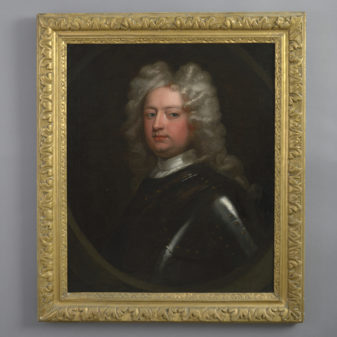 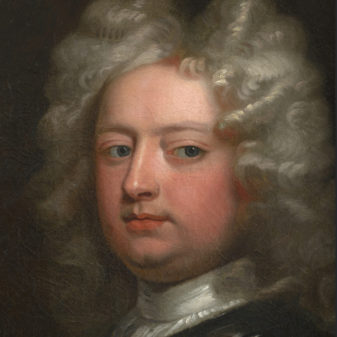 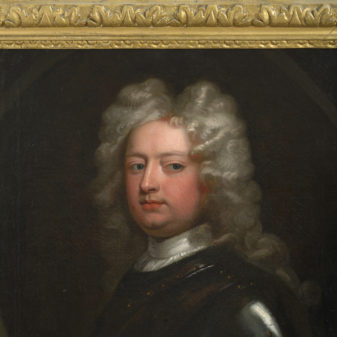