This portrait of the prince wearing a uniform of the Tenth Light Dragoons and the star of the Order of the Garter is a head and shoulders version of Sir William Beechey’s larger diploma work, which was presented to the Royal Academy in 1798. Another version, commissioned by the sitter and painted in 1803, is in the British Royal Collection.

The version presented here, on stylistic grounds, compares favourably with the image of the Prince engraved by Thomas Cheesman in 1806 and was no doubt created at this time. Notable is the treatment of the hair which Beechey often altered in his own versions of the portrait and here follows, almost precisely, the way Cheesman chose to depict it.

Sir William Beechey was a successful portrait painter with unparalleled royal patronage. He entered the Royal Academy Schools in 1772 and first exhibited there four years later. Moving to London in 1787 he stepped into the vacuum left by Gainsborough’s death and Reynolds’ retirement, gaining a reputation for straight-forward, unpretentious and careful portraiture. In 1793 he was appointed painter to Queen Charlotte and not long afterwards was elected a member of the Royal Academy – on King George’s request, it was rumoured – but he fell from royal favour in 1806. He continued to exhibit at the Academy until the year before his death in 1839 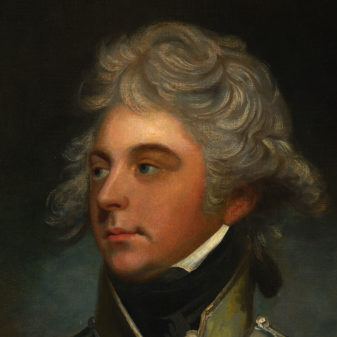 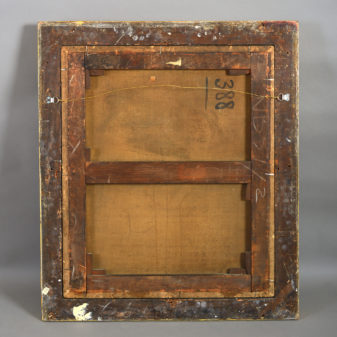