Louise Henriette de Bourbon (1726 -1759) was a French princess, who, by marriage became Duchess of Chartres (1743–1752), then Duchess of Orléans (1752–1759) upon the death of her father-in-law. In 1752, her husband became the head of the House of Orléans, and the ‘Premier Prince du Sang’, the most important personage after the immediate members of the royal family.

Françoise Marie de Bourbon, (1677-1749) was the youngest illegitimate daughter of Louis XIV and his mistress, the Marquise de Montespan. At the age of 14, she was wed to her first cousin Phillippe d’Orléans, future Regent of France during the minority of Louis XV. Through two of the eight children she bore him in an unhappy marriage she became the ancestress of several of Europe’s Roman Catholic monarchs of the nineteenth and twentieth centuries, notably those of Belgium, Italy, Portugal, Spain, and France. 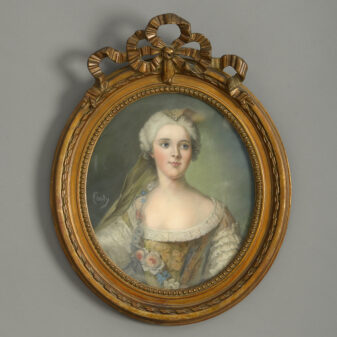 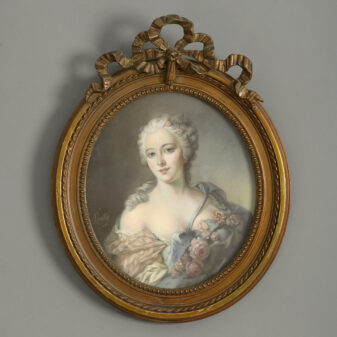