This vase is typical of Canton porcelain made in the 19th century. The positioning of the figurative cartouches upon a stylised naturalistic ground in pink and green glazes is specific to wares produced and exported from this port to Europe and America. 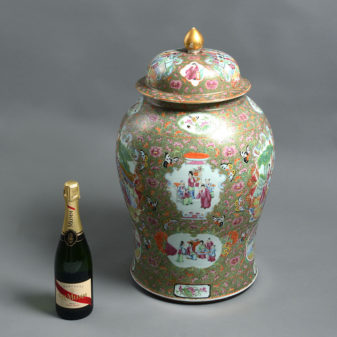 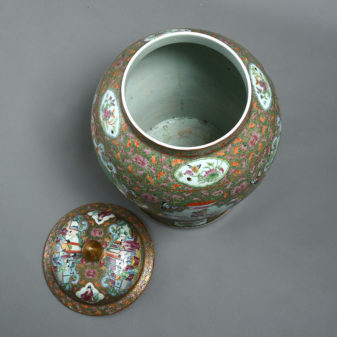 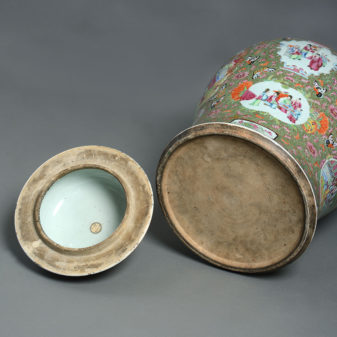 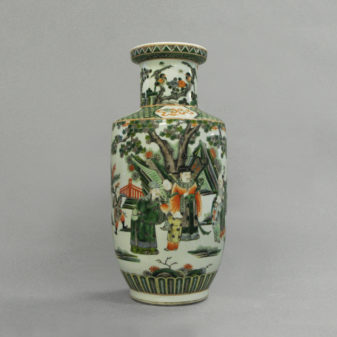