A fine Republic Period porcelain gourd vase, decorated with a flowering peach tree in fruit upon an incised celadon ground. With character marks to the underside.

This vase with its eight peaches represents the Chinese legend of the ‘Eight Roaming Immortals’. They have been inspiration for many a poem, extensive writings and subject for the arts. They are not only believed to know the secrets of nature, but also represent the old, the young, the male and female, the rich and poor, the humble and noble. Each of them began life as mortal human beings who, through their intensive study and consequent mastery of Taoism, attained immortality. 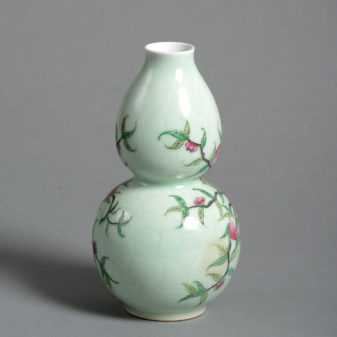 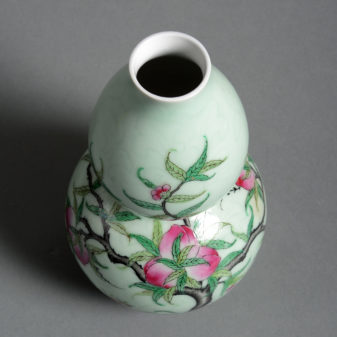 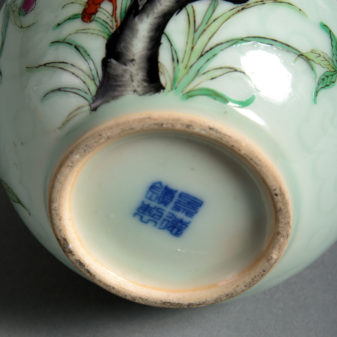 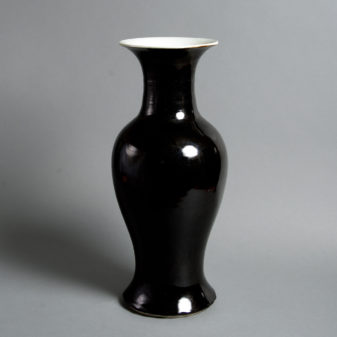