A fine late 19th century carved soapstone Guanyin, set upon a hardwood base.

Born of a lotus flower, the East Asian bodhisattva of mercy, kindness, compassion and love, Guan Yin, translates into “The one perceiving the Sounds (or Cries) of the World”. There are certain parallels to the Christian notion of the Virgin Mary, in that the figure is often portrayed with a small child on her lap and is sometimes thought of as the patron saint of mothers. The goddess was introduced into China as early as the 1st century AD and bewitched its neighbouring countries by the 7th century AD. 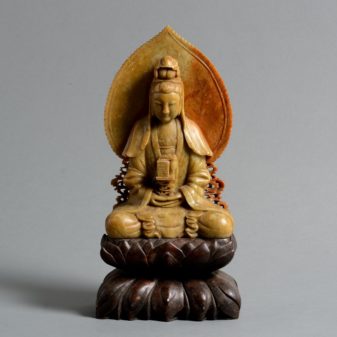 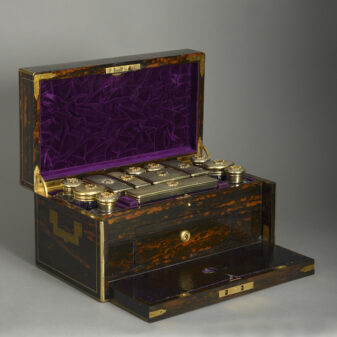 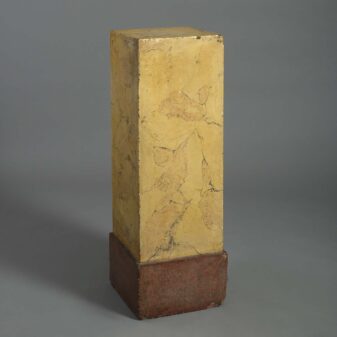 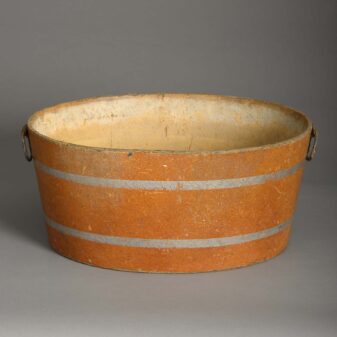