English ships near the shore firing guns in salute.

Oil on canvas; held in a carved and gilded wood frame. Dimensions refer to framed dimensions.

Willem van de Velde the Younger and his father of the same name were the most accomplished and successful of all marine artists. They worked as a team first in Holland and from 1672 onwards in England, where they were commissioned by Charles II to paint sea battles. Van de Velde the Elder was a consummate draughtsman who sailed with the fleet and made on-the-spot drawings of naval actions and Royal embarkations. His son used these drawings as raw material for his paintings. Although much in demand for warships and sea battles Van De Velde the Younger was equally adept at calm views. His tranquil estuary scenes were greatly admired by Turner and Constable and were the inspiration for generations of marine artists in England.

The scene here is very close in style and manner to Van de Velde the Younger and was no doubt completed in his studio in the first decade of the 18th century. The combination of warships and smaller vessels presented in clam waters in what appears to be an early summer evening would have appealed greatly to English collectors at the time. 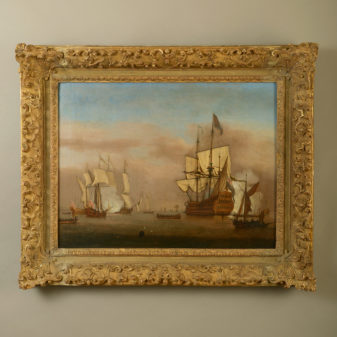 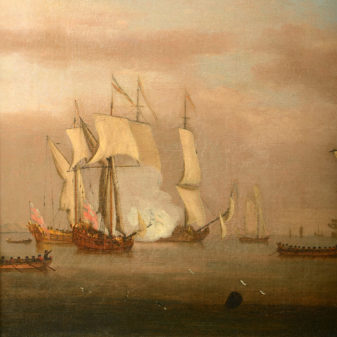 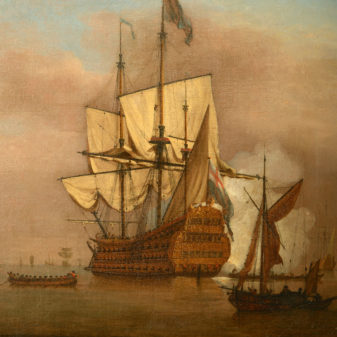 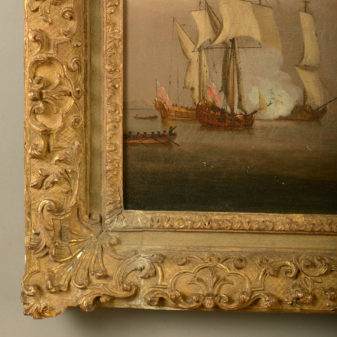 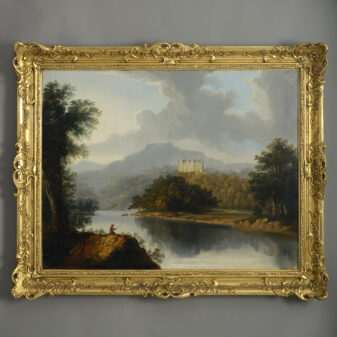