Oil on board; held in gilded frame

William Craven was born on 18th July 1809 in London. He was the son of General William Craven, 1st Earl of Craven and was educated at Eton and Christ Church, Oxford. He succeeded his father on 30th July 1825. On 5 September 1835 at Gorhambury in Hertfordshire he married Lady Emily Mary Grimston, daughter of the 1st Earl of Verulam. The marriage produced nine children. He was commissioned a captain in the Berkshire Regiment of Militia in 1829 and was appointed a Deputy Lieutenant of Warwickshire and of Berkshire, where he had estates in 1831.

A wealthy landowner, Craven was keen on country pursuits; his horse “Charity” winning the 1841 Grand National and “Wild Dayrell” winning the Epsom Derby in 1855. Alongside this was an abiding interest and talent for photography, a skill which only came to light in more recent years and which places him now as one of the most important early pioneers of the art. The painting here depicts him sitting confidently on his horse with his faithful dog ahead.

John Frederick Herring Snr. (1795-1865) was a member of an artistic family who specialised in sporting and animal subject matter. A highly successful and prolific artist, Herring ranks along with Sir Edwin Landseer as one of the more eminent animal painters of mid-nineteenth century Europe. His paintings were very popular and many were engraved and exhibited widely. This influenced many other artists of the day and impacted on the manner and style of many depictions of horses, whether race horses or otherwise. 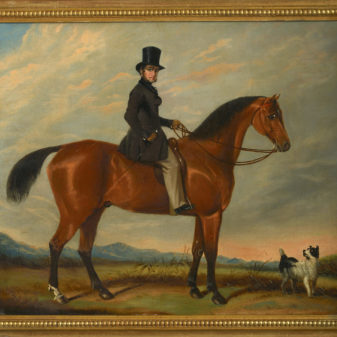 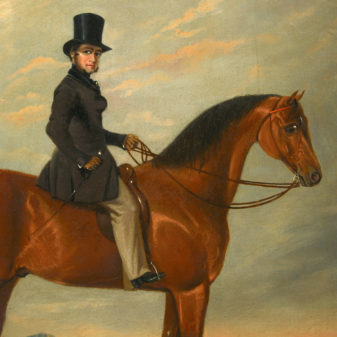 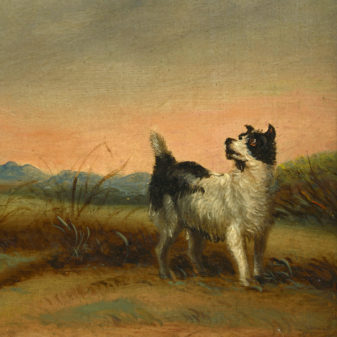 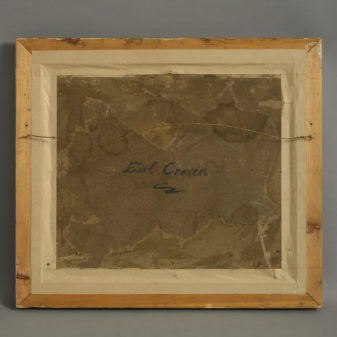