Circle of Charles Jervas circa 1720

Oil on canvas; held in a period giltwood frame.

The daughter of Theophilus Hastings, 7th Earl of Huntingdon and his second wife Mary, Catherine was one of twelve children. She married the Rev. Granville Wheler (1701-1770) in 1724 at her family seat Ledstone Hall in Yorkshire. Wheler was the son of Sir George Wheler a canon of Durham Cathedral and was educated at Christ’s College, Cambridge becoming a deacon and priest at St Margaret’s, Westminster, London, and rector of Leake, Nottinghamshire, from 1737 until his death. In about 1717 he acquired the estate of Otterden, near Faversham in Kent, by purchase from the widow of his deceased brother, and settled there with his new wife in 1724; they had seven children.

As well as a clergyman Catherine’s husband was an active scientist. In the spacious galleries of Otterden Place Wheler and his friends, among them John Godfrey, Stephen Gray, and Thomas Ruddock, carried out various electrical experiments similar to those published by Benjamin Franklin and others. They confirmed Franklin’s identification of lightning as an electrical discharge, and sought to discover how to communicate electricity, resulting in Wheler being the first in England to electrify a live animal. He was elected to the Royal Society in 1728.

It was through Catherine Hastings that Ledstone Hall came to the Whelers in 1789 forming the basis of their wealth and what is now the Wheler Foundation.

This portrait is strongly indebted to the work of Charles Jervas, an Irish born portrait painter of significant abilities. The head being supported by a leaning arm was a favourite pose for Jervas; the pensive elegance of this stance here adopted by Catherine. It was used by Jervas in his portraits of the Countess of Bristol, the Countess of Suffolk, the Duchess of Marlborough and Lady Rachel Cavendish amongst others. 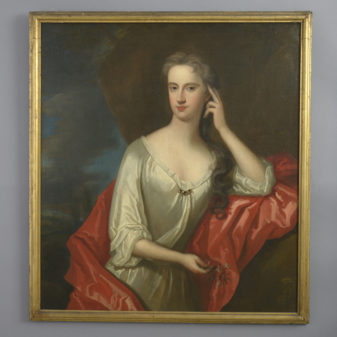 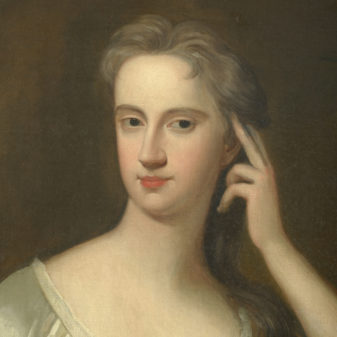 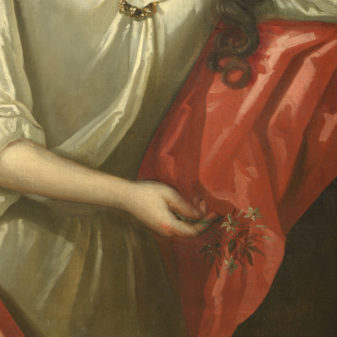