Maria was the daughter of Rev. Sir Thomas Broughton (1744-1813) of Broughton and Doddington Hall, Cheshire and Mary Wicker (1748-1785) and married Thomas Langford-Brooke (1769-1815) of Mere Hall, Cheshire in January 1790. On the death of his brother in 1784 Brooke inherited his maternal grandfather’s plantation in Antigua as well as the family estate in Cheshire and with this good fortune initiated plans for the redevelopment of the Hall by Samuel Wyatt. These ideas never materialsed but the house was reworked around 1813 in the style of a classical villa, which Maria would have witnessed for a short time before the death of her husband in 1815.

Maria’s brother-in-law, Jonas Brooke embarked on the Grand Tour across Europe to Italy in 1783 and whilst in Naples and Rome made his first purchases of works of art. His acquisitions increased during the journey through Italy and later these were to form the nucleus of the tasteful and stylish Regency period interiors that Mere Hall became renowned for. No doubt to balance with this Thomas commissioned some of the smartest portraitists of the age to depict family members, himself being painted by James Northcote in 1803, and this picture of his wife, by John Hoppner was probably finished around the same time. Stylistically Hoppner has employed a vibrancy of approach, almost dashed in execution, concentrating on the face and speedily indicating elements of the clothes with broad, lively brush strokes. It corresponds well in approach and composition with a portrait of Mary Calcroft (Sotheby’s 15th July, 1998).

Along with Gainsborough and Reynolds, Hoppner was one of the leading portrait painters in late eighteenth-century Britain. Born in London in April 1758, he entered the Royal Academy Schools in 1775, winning a gold medal in 1782. A regular contributor to the Royal Academy exhibitions he quickly established himself as a fashionable portraitist being appointed painter to the Prince of Wales in 1789. At first inspired by the later works of Reynolds, he soon developed an individual style that is distinguished by a fresh palette of colour combined with a spontaneity of approach. From the 1790s he was also the only serious rival to the young Lawrence and with him was responsible for painting the finest Romantic portraits of the Regency period; evolving from the classicism of Reynolds, these paintings increasingly depict individuals with emotion, character and a greater sense of realism.

The Brooke, later Langford Brooke, family lived at Mere from the middle of the 17th century until the early 1990s. The last male heir, Colonel Ronald Langford-Brooke, died in 1980 and his wife in 1993. In 1994 the entire estate and contents of the house were put up for sale. 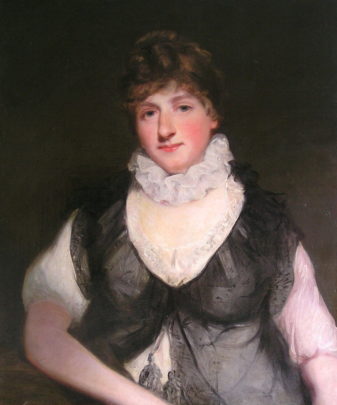 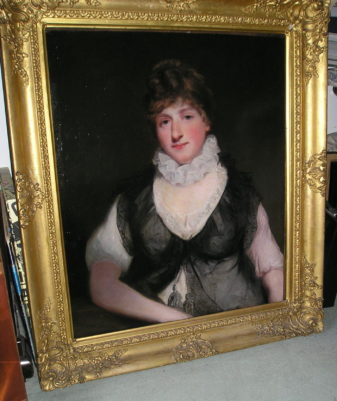 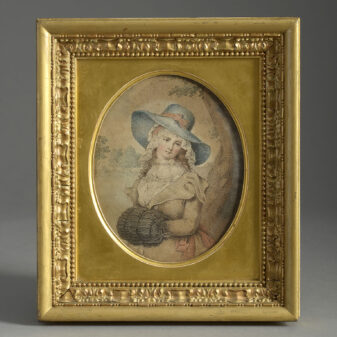