A fine and rare set of tinted reverse glass engravings of The Four Seasons engraved by J. Clark after Bernard Picart, sold by J Millan nr. Whitehall, London. Titled at the bottom and presented in original water-gilt frames with hanging rings. the newspaper on the back dated 1848.

Bernard Picart (11 June 1673 – 8 May 1733), was a French engraver, son of Etienne Picart, also an engraver. He was born in Paris and died in Amsterdam. He moved to Antwerp in 1696, and then spent a year in Amsterdam before returning to France at the end of 1698. After his wife died in 1708, he moved to Amsterdam in 1711 (later being joined by his father), where he became a Protestant convert and married again. 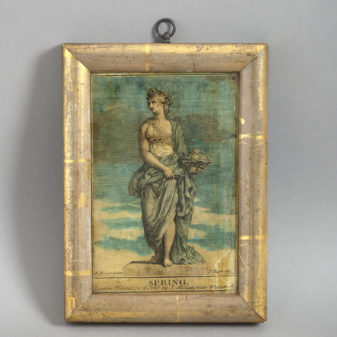 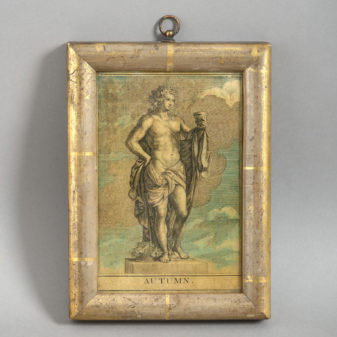 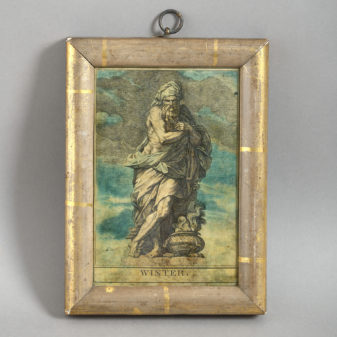 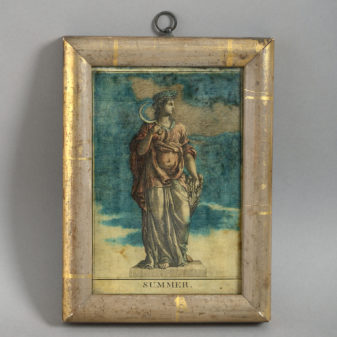 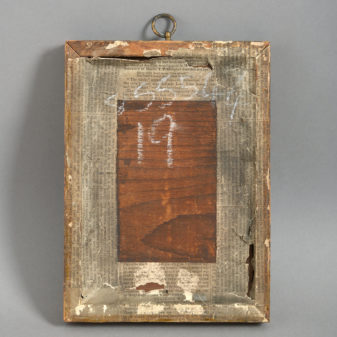 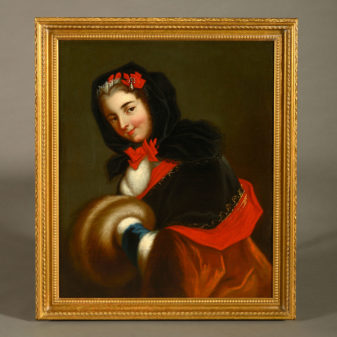 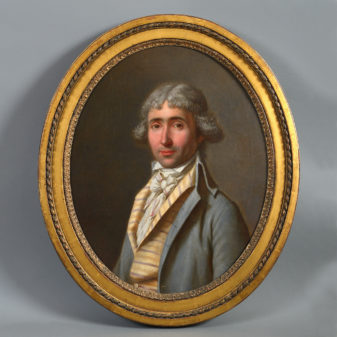 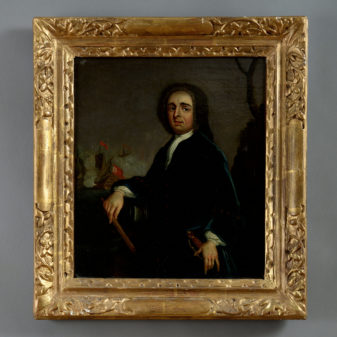