This pair is lively in subject matter and more muted as well as understated in colour than other examples of Canton porcelain, which makes them particularly interesting to contemporary European tastes. Each lamp is adorned with two small false gilt handles in the shape of fu lions. 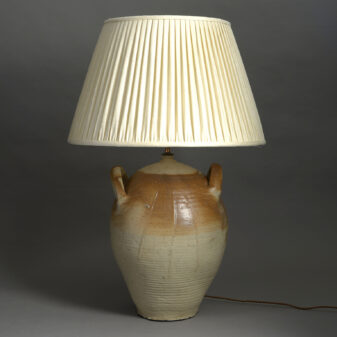 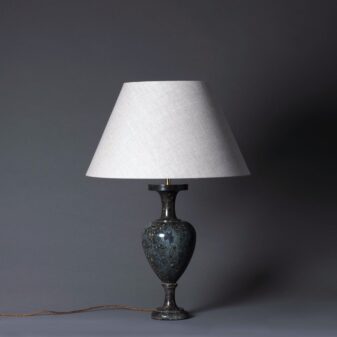 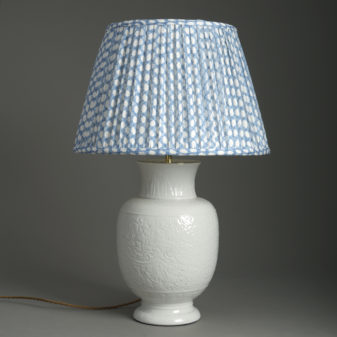 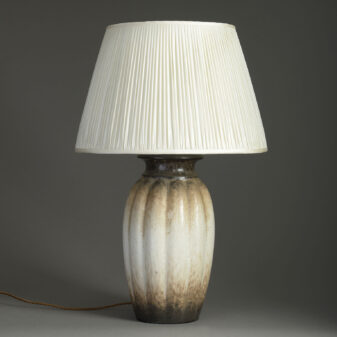 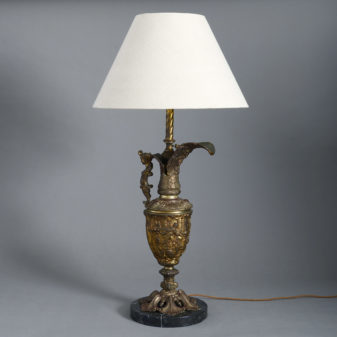 A Gilt Metal Ewer as a Table Lamp 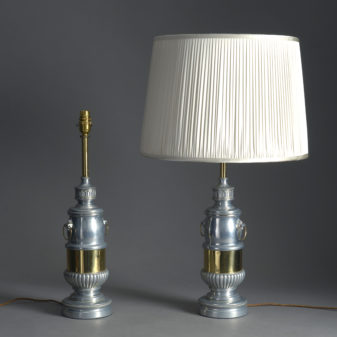 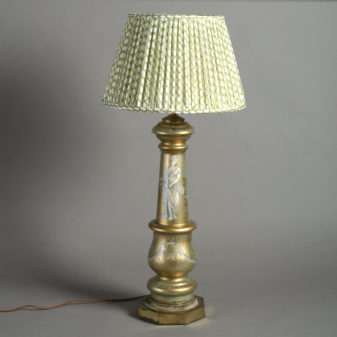 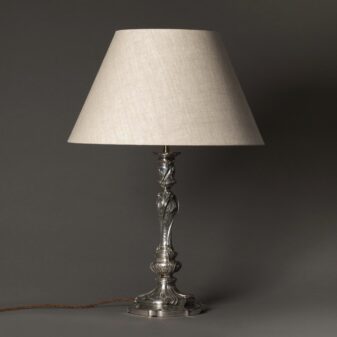 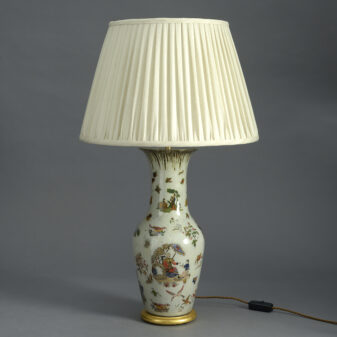 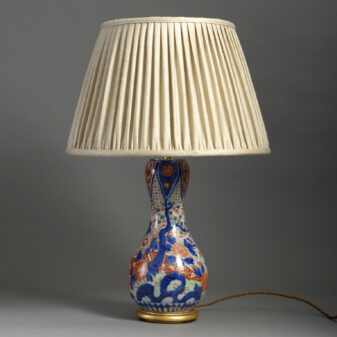 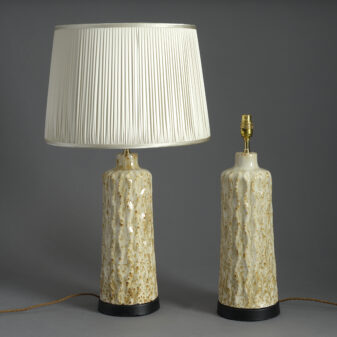 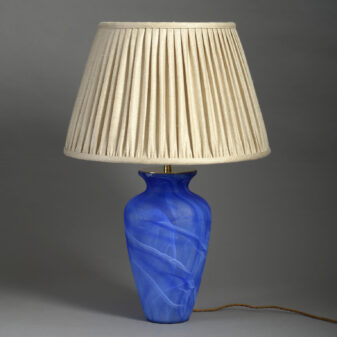 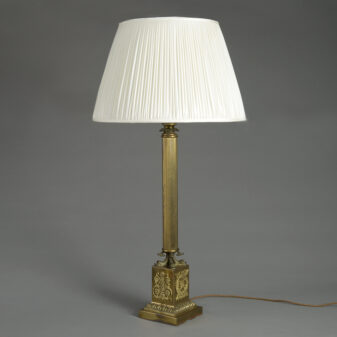 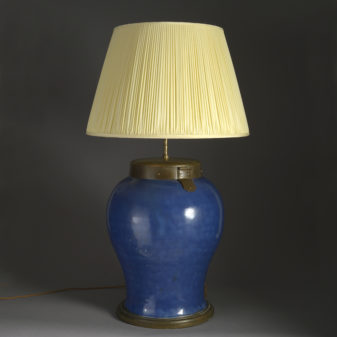 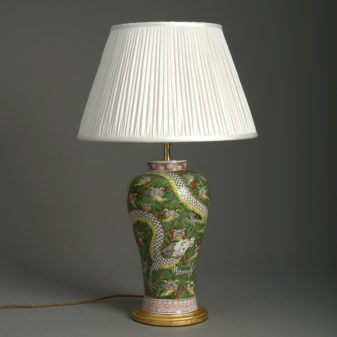 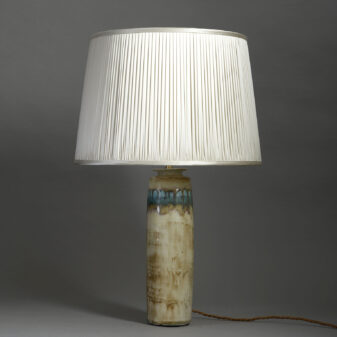 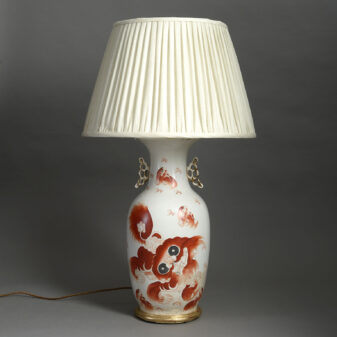 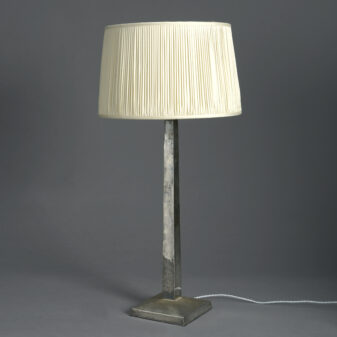 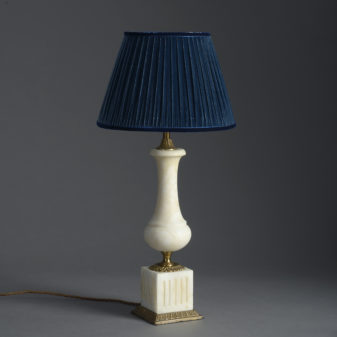 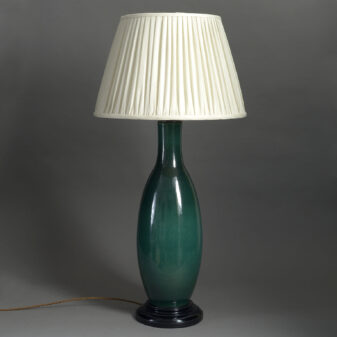 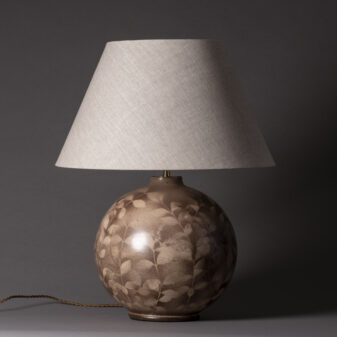 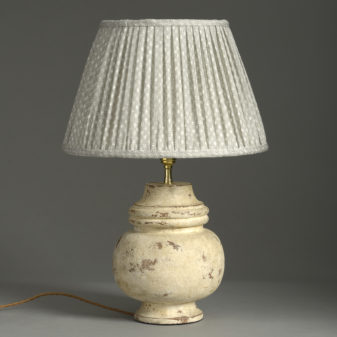 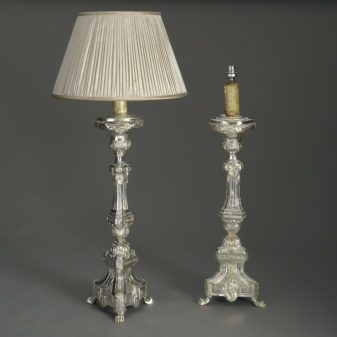 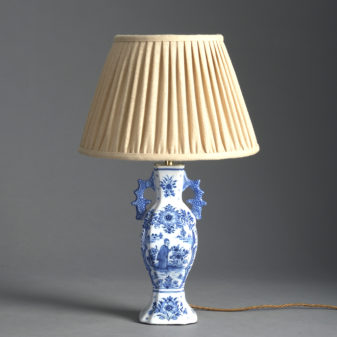