A fine late nineteenth century garniture of five blue and white glazed Delft pottery vases, each decorated in the Rococo manner with landscape cartouches, scrollwork, three having covers surmounted with a dove. The vases all with makers marks to the undersides.

Delftware or Delft Pottery is a general term used for Dutch tin-glazed earthenwares which is a form of faience. It is predominantly blue and white glazed and the city of Delft in the Netherlands was its major centre of production. However, the term covers pottery wares with other colours, and made elsewhere.

Delftware is a of type of tin-glazed earthenware in which a white glaze is applied and decorated with metal oxides, in particular cobalt oxide which gives the usual rich blue and can withstand high firing temperatures, thus allowing it to be applied under the glaze.  It is also part of the worldwide family of blue and white pottery to use variations of the plant-based decoration first developed in fourteenth century Chinese porcelain.

Delftware includes objects of all descriptions including vases, plates, figurines and other ornamental forms and  especially tiles. This art dates back to circa 1600. By the mid-seventeenth and eighteenth centuries Delftware became a major industry, exporting all over Europe. 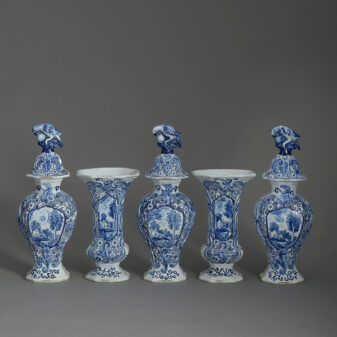 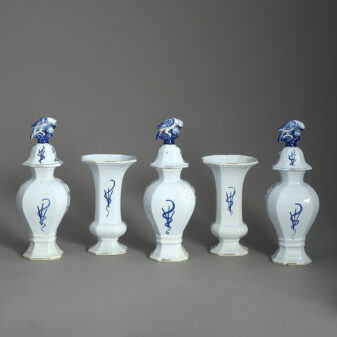 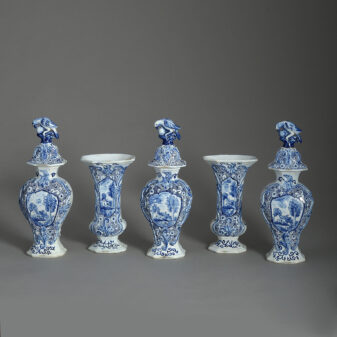 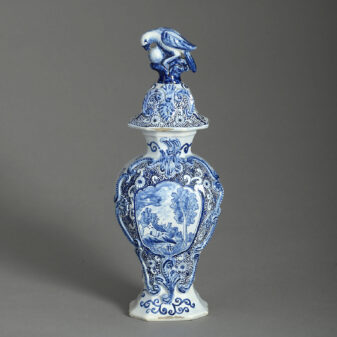 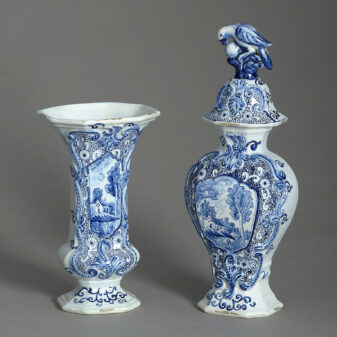 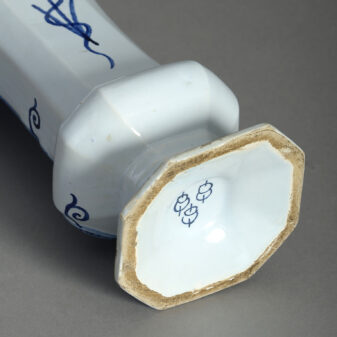 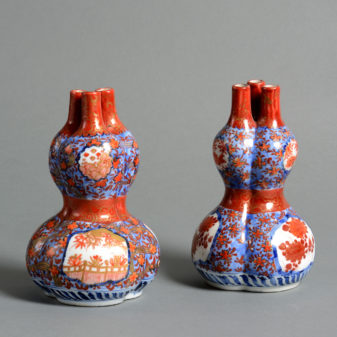 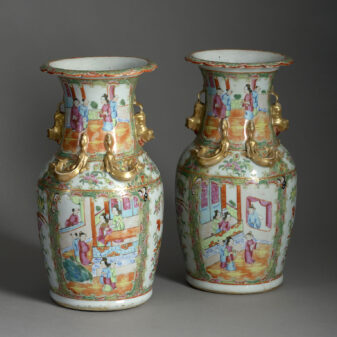