The name ‘sang de boeuf’ refers to the colour of the vase, which is French for ‘ox blood’. The difficult manufacturing process of this shade, which is achieved through an oxidisation process of iron and copper, was first recorded in China between the 11th and 13th century. European earthenware producers were not able to replicate the lengthily firing process involved in the production of song de boeuf until the 20th century, leaving China to monopolise on such wares for centuries. 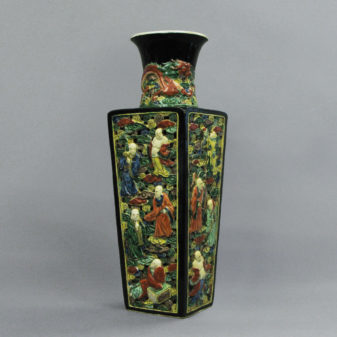