A pair of early 19th century hand-coloured engravings of fish from Napoleon’s survey of nature in Egypt in 1812. Each inscribed with the names of the species.

These original etchings form part of the Imperial Edition of the Description of Egypt, observations and research made in Egypt during the French Expedition, conducted between 1802 and 1830 and published between 1809 and 1828 upon laid Paper with visible watermark and printed in only 1,000 copies available to institutions.

These plates are fro the series of Pisces, carried out by Etienne Geoffroy Saint-Hillaire (1772-1844), a French naturalist who took part in the Egyptian campaign and collected observations on masmmals, reptiles and fish in particular. 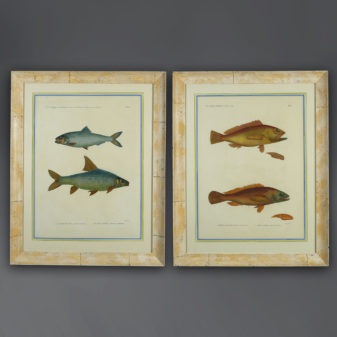 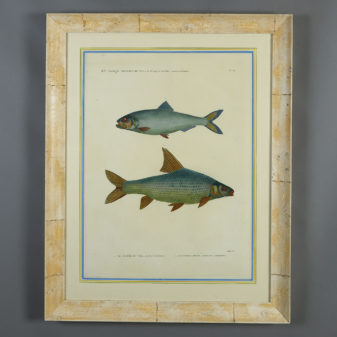 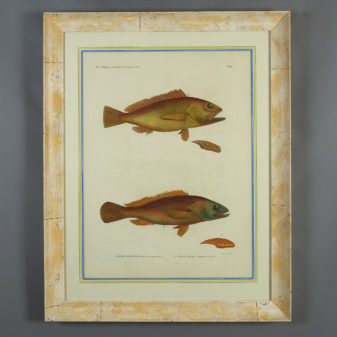