A rare group of four engravings, each depicting kings from the time of Poland’s monarchy. Set in ebonised reeded frames.

Poland has been ruled at various times either by dukes (10th–14th centuries) or by kings (11th-18th century). Throughout the latter period, there was a tradition of free election of monarchs. As such it was a uniquely electable position in Europe from the sixteenth to eighteenth centuries. 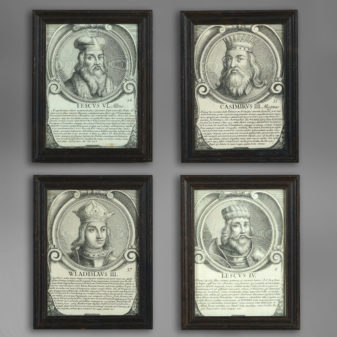 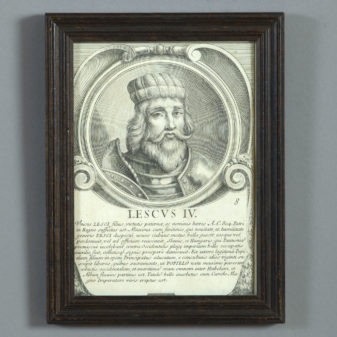 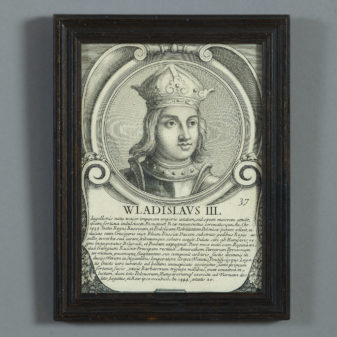 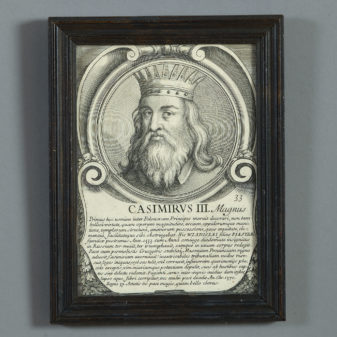 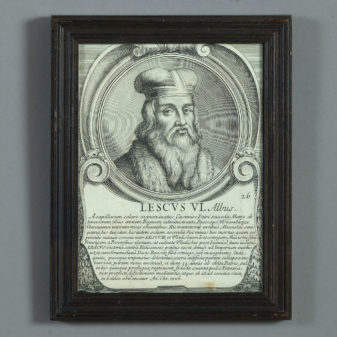