George Edwards (3 April 1694 – 23 July 1773) was an English naturalist and ornithologist who became known as the “father of British ornithology.”

Edwards was born at Stratford, Essex. He travelled extensively through continental Europe, studying natural history and gained a reputation for his coloured drawings of animals, especially birds. In 1743 Edwards published the first volume of his A Natural History of Uncommon Birds, the fourth volume of which appeared in 1751.

These engravings are dated 1745 and 1746 and both incorporate George Edwards’s signature. They are now set in cream crackle mounts within black and gilt chinoiserie frames. 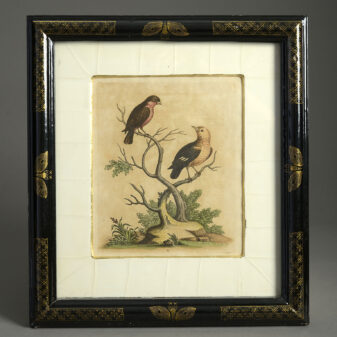 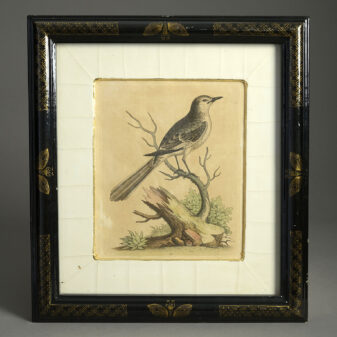