A mid-19th century blue and white porcelain tulip vase, having a tall stem above a bulbous base with reservoirs.

Modelled like five adjoining Chinese baluster vases, this tulip vase is typically decorated with stylised foliage in blue and white glazes. The form is also known as a crocus vase. Such pieces were made for the Dutch market and adorned the grandest rooms in noble and wealthy merchant houses as vessels for rare and exotic flowers. 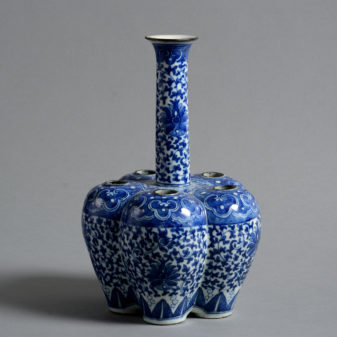 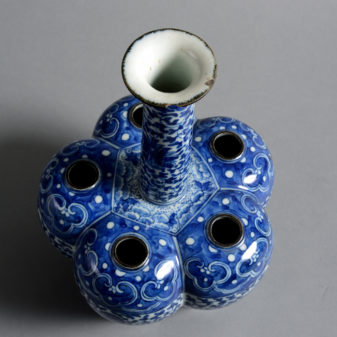 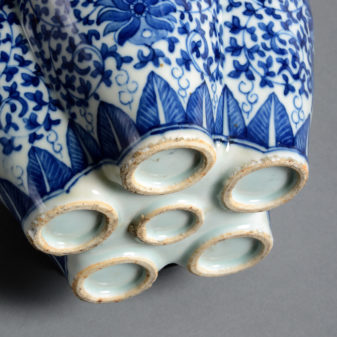 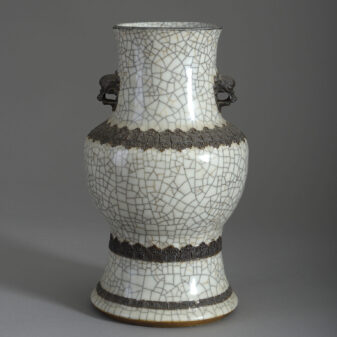 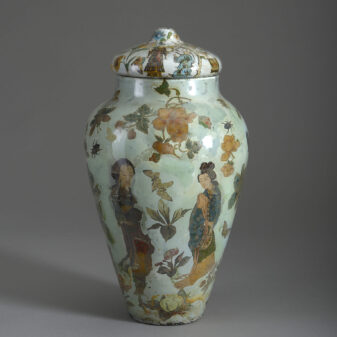 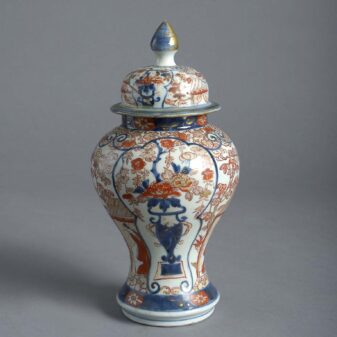 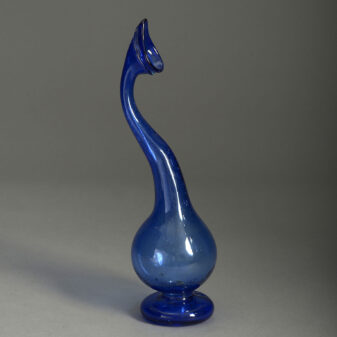 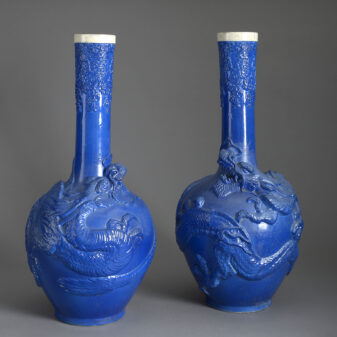 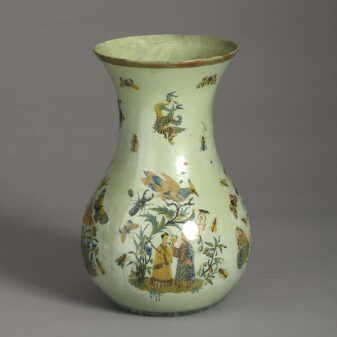 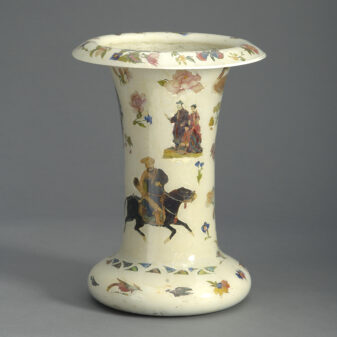 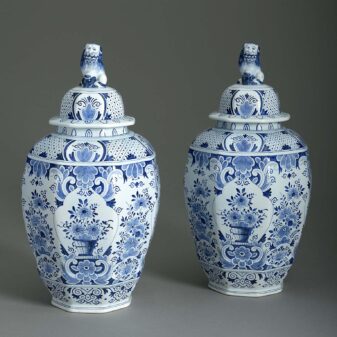 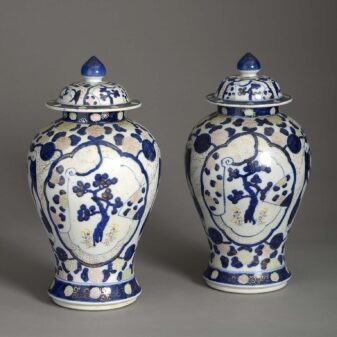 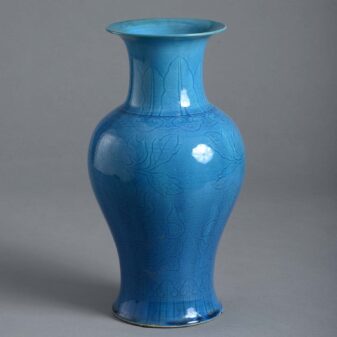 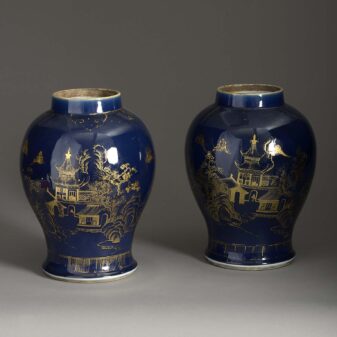