These vases were produced shortly after the re-opening of the Japanese ports to export trade in the mid-19th century. These vases take their decoration directly from early 18th century designs and the colour palette employed is very similar to examples made in the 1700s. 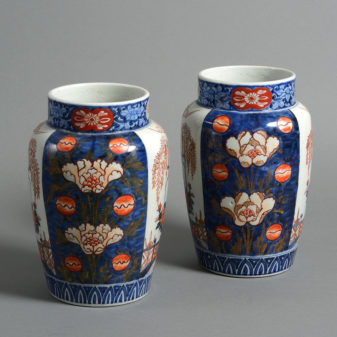 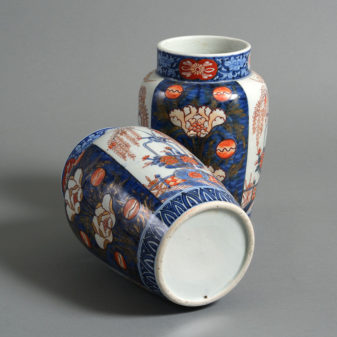 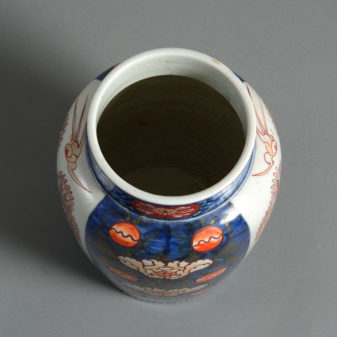 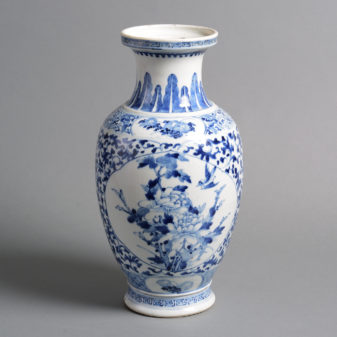