Circle of Johann Philipp Hackert, circa 1780

The Waterfalls at Tivoli

The town of Tivoli, not far from Rome, with its dramatic waterfalls, has attracted artists from as far back as the sixteenth century. By the eighteenth century it was a major source of inspiration to all artists living or passing through, not least because the aristocratic ‘grand tourists’ wanted views to take back home with them.  Hackert was a landscape painter who had come to Rome by way of Germany and Paris, where he had been influenced and inspired by the works of Claude Vernet. His paintings were popular and encouraged other painters to adopt a similar style that was both dramatic yet easy on the eye.

This view is a striking example of this. The craggy rock formations divert the cascades, so the water tumbles and sprays before crashing to a lower pool. A calmer, more pastoral scene is evident in the foreground which is more typical of the French landscape tradition, with its roots in the works of Claude Lorrain and Vernet.   A farmer prompts his cattle to drink from the waters and move on; washer women are finishing their tasks with the help of their children; on horses, an elegant couple is passing, taking in the sights of the Falls. In the distance the ancient Temple of Vesta perches, subtly acting as an anchor point. 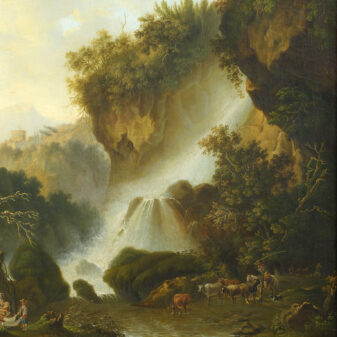 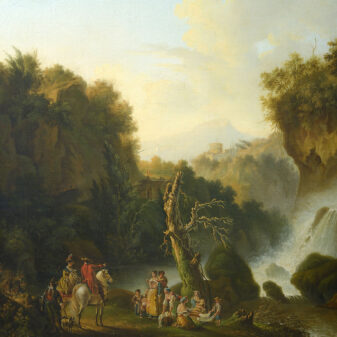 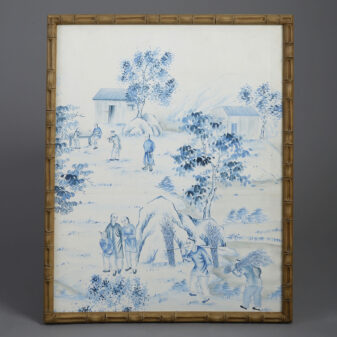 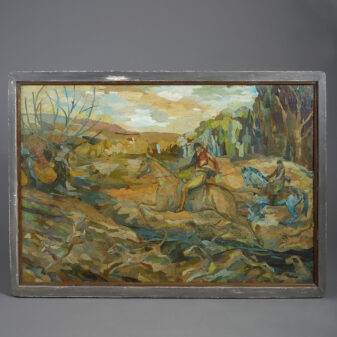