In Greek mythology, Hebe was the goddess of youth, daughter of Zeus and Hera. As cupbearer, she served nectar and ambrosia to the Olympians and later married Heracles, with whom she had Alexiares and Anicetus. It was believed that Hebe had the ability to restore youth, for when Iolaus, Heracles’ charioteer, went to fight Eurystheus, he asked Hebe to become a young man again for one day. Although Hebe was reluctant, Themis, the goddess of justice, encouraged her that it would be fair to do so. As such, Iolaus’s wish was granted and he emerged from the fight, victorious.

Hebe lost her position as the cupbearer of the gods, when she tripped over and her dress came undone, exposing her breasts as depicted here. She was replaced by Ganymede, the lover of Zeus and his protégé. 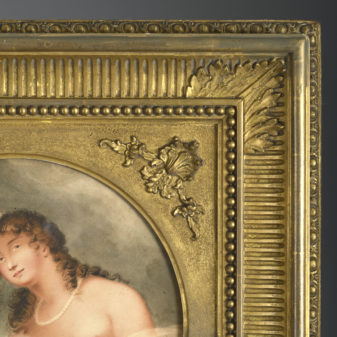 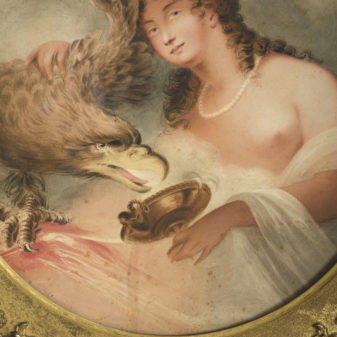 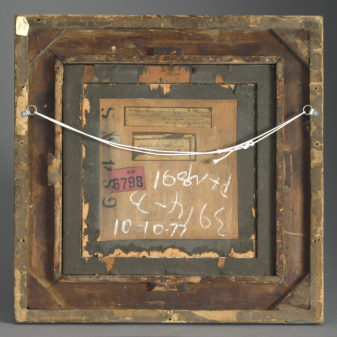