Follower of Samuel de Wilde c.1841
Portrait of an Actor in character.

Oil on canvas; held in a period gilded frame.

Samuel De Wilde (1752-1832) studied at the Royal Academy Schools and became well known for his theatrical portraits, which he exhibited at the Royal Academy from 1792 until 1821. He made his name through the publication ‘British Theatre’, that ran from 1791 until 1795, for which he provided ninety-three pictures, by which time his reputation had been established. Many actors and actresses came to sit to him and his theatrical portraits continued to adorn numerous publications throughout his life.

The portrait presented here echoes his work and is very similar in composition and style. Dressed in elegant eighteenth century attire, the actor rests in character behind the scenes, surrounded by what appears to be theatrical props. The original canvas bears the specific Winsor & Newton canvas suppliers mark for 1841 when they received Royal Appointment and so the painting would have been completed close to this time. 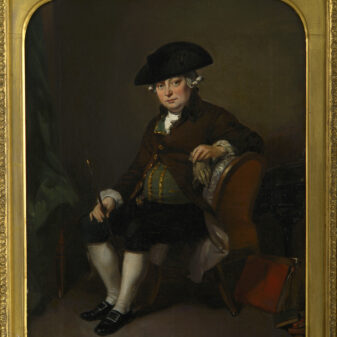 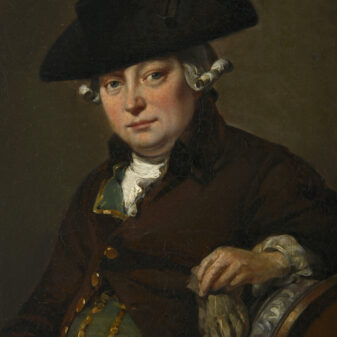 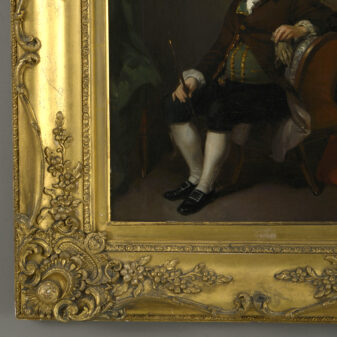 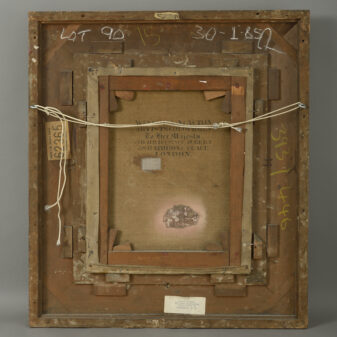