Portrait of a Lady as a Shepherdess
Oil on canvas: 30 by 25 in; held in a period carved and gilded wood frame

The subject for this portrait seems to have been a popular one for Frans van der Mijn as the pose is adopted in a number of his other portraits. More often than not these can depict ladies in pastoral landscapes sometimes depicted as shepherdesses. The artist also made a number of drawings which similarly show women in the same way. These images owe their creation to the influence of the 18th century pastoral scene in art and literature where there was a tendency to dwell on the innocence of the rustic way of life with shepherdesses often being seem as emblematic figures of uncomplicated virtue.

This portrait is a fine example of his work in this manner. It is at once charming yet real, in that it depicts well a fashionable lady of the time. It has always been known to depict a Miss Marsh, possibly of Snave Manor in Kent.

Frans van der Mijn came from a prolific artistic family. His aunt and siblings were all artists, whilst his father Herman was an established still life and portrait painter, who was to work for both the Elector Palatine and the English court, where his sitters included Frederick Prince of Wales and William, Prince of Orange. Van der Mijn was taught by his father and probably worked as his assistant for a period. He established himself as a popular portrait painter, initially in Amsterdam and The Hague, where he worked between 1742 and 1749, and then in England where he moved to around 1750. He exhibited at the Free Society from 1763-1772 and there is evidence to suggest that he worked not only in London but Cambridge and Norwich also. 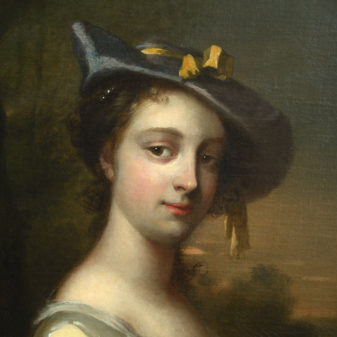 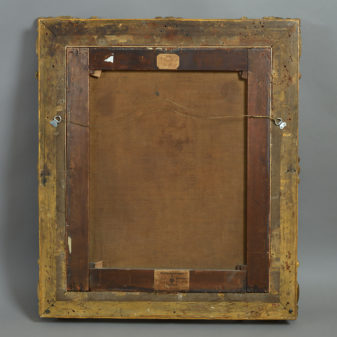 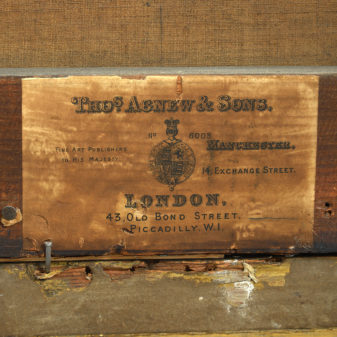 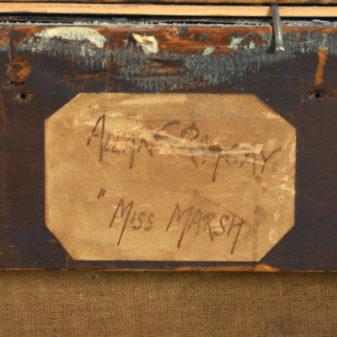 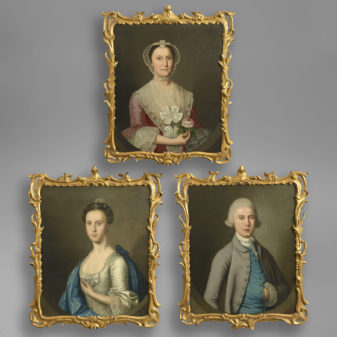