In normal times we would be right in the middle of the frantic season of London Art Week and the round of old master picture sales having just had the Masterpiece Fair. This year it is all a bit different, and whilst you can still visit galleries the majority of focus is online, which alters the pace of things somewhat.

Some colleagues I know are now thinking about venturing abroad, observing all the right regulations….however I’m not sure I have the enthusiasm and as such little old England will have to suffice. Last year, over summertime, I passed by Rome and through Tivoli into the verdant Italian countryside which now reminds me, of course, that Arcadia actually isn’t so far from my desk right now as Stourhead is less than an hour away from me.

Inspired by the great landscape painters of the 17th century, particularly Claude Lorrain (1600-82), Stourhead is a living painting. The impressive garden was made by a wealthy English banker who had been buying works of art in Italy at the time he inherited the vast estate. Henry Hoare II’s ‘Claudian’ garden was made in an unusually well-proportioned valley behind the house. The Temple of Flora was completed in 1745 and the grotto in 1748. But the key date was 1754, when the lake and the Pantheon were built. It is based on the Pantheon in Rome and the planned walk through the estate is based on the journey of Rome’s legendary founder, Aeneas. The five-arched bridge was finished in 1762 and the Temple of Apollo in 1765. Gothic features were added later in the century: Alfred’s Tower, a Rustic Cottage and a Hermitage. The woodlands were planted with Rhododendron ponticum after 1791 and more exotic species in the twentieth century. The entire is a visual treat and gloriously escapist.

For those who can’t travel there and feel inclined, like Henry Hoare, to own Arcadia, then on its way to the gallery very soon is a ‘Claudian’ view. Late 17th century, it was probably by a Dutch artist working in Rome. On the hill to the left is a crumbling temple that resembles the Temple of Vesta at Tivoli and look in the distance and you will see the five arched bridge as Hoare built at Stourhead. Please do pop in and take a closer look if you’re passing. 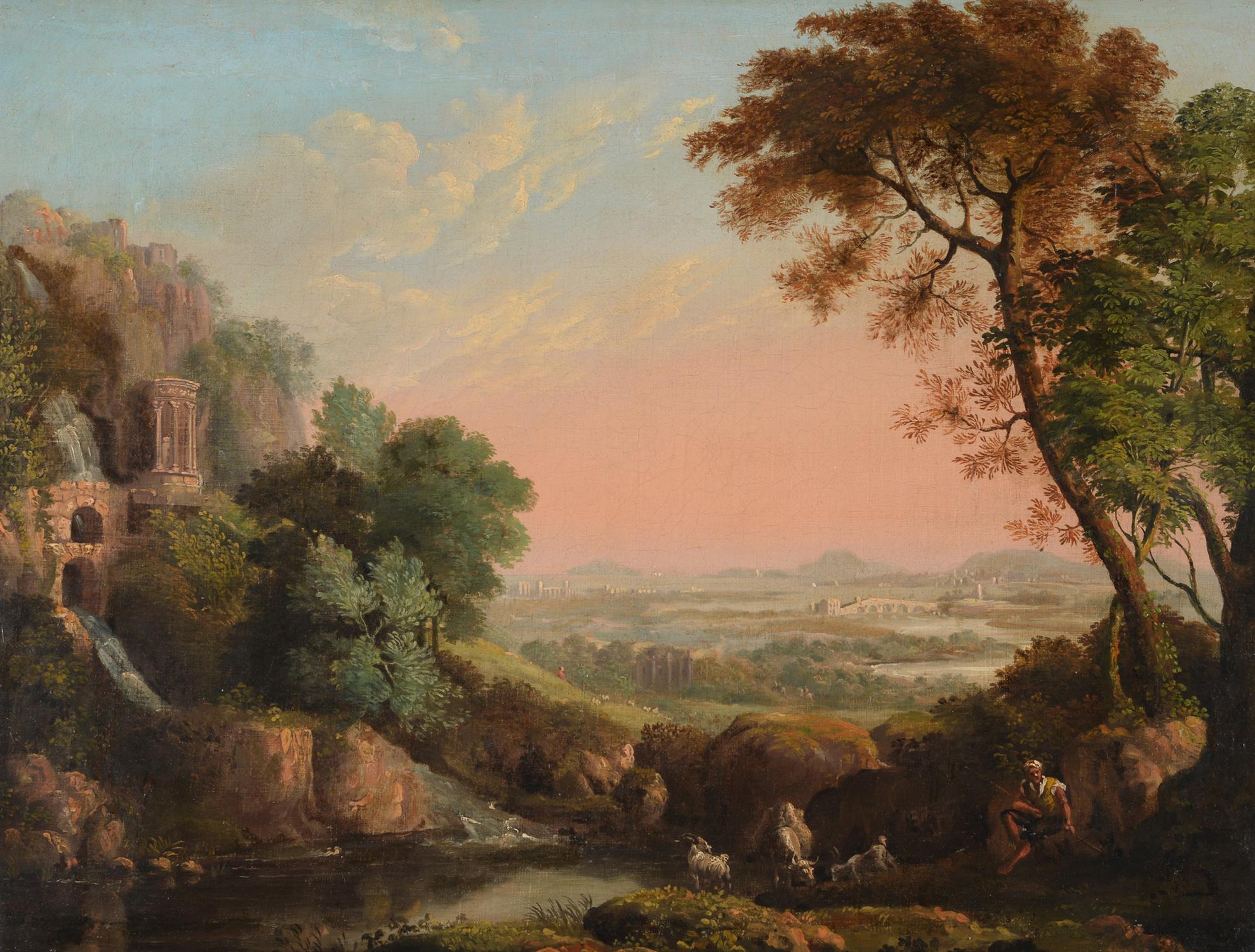 I wish everyone travelling overseas an enjoyable and safe time.