An English Two-decker and Yacht at Anchor

This attractive work depicts ships in a calm with a two-decker, on the right, starboard bow view, close in to the shore, the fore and main topsails loosened and a man-of-war’s pendant at the main. To the left is an admiralty yacht, starboard quarter view, the mainsail brailed up and top sail half-mast high. There is a ship’s boat at her bow, and two others around the stern of the warship. In the right foreground, at the water’s edge, is a man holding a pike and rope behind which, in the near distance, is an imposing coastal fortification. Further out to sea the multitudinous sails of other vessels can be seen. This tranquil scene is enhanced by the blue summer sky and the wonderfully observed reflections of the ships in the calm waters.

Peter Monamy was born in London in 1681, the youngest son of a Guernseyman. Throughout his career he was heavily influenced by the works of Willem van de Velde, the Younger, as evident in the work presented here, and other North European, Dutch and French masters. Monamy was himself a collector of van de Velde’s drawings and these clearly influenced his development as a maritime painter resulting in numerous commissions from mercantile and naval patrons, including the famous Channel Island’s naval families, the Durrels and the Saumarezs. In 1726, he was elected a Liveryman of the Company of Painter-Stainers, to which he presented a very large painting of the ‘Royal Sovereign at anchor’ which still remains in their collection. Although his paintings usually depict actual ships, they rarely record specific events as, up until 1739, his career coincided with a long period of peace. From the 1730s until his death, Monamy was at the centre of London’s artistic life and was a friend and companion of Hogarth, sometimes collaborating with the celebrated younger artist. 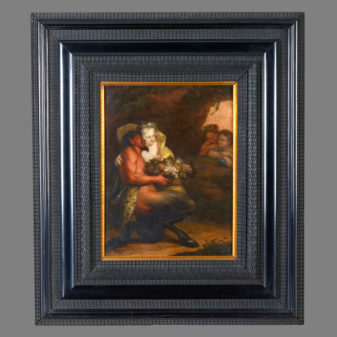 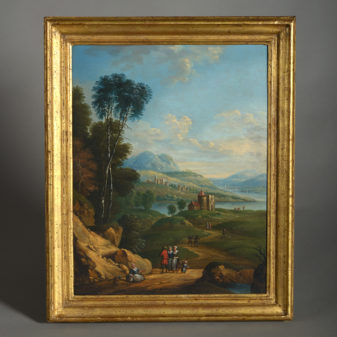 Pair of 19th Century Landscapes in the 18th Century Manner 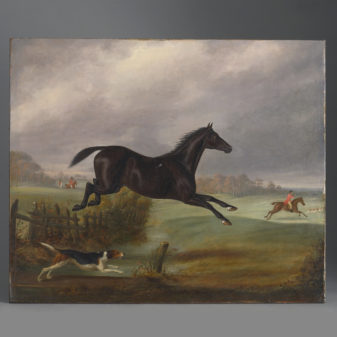 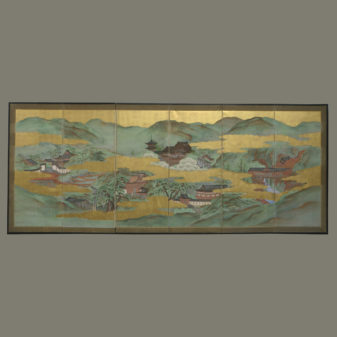 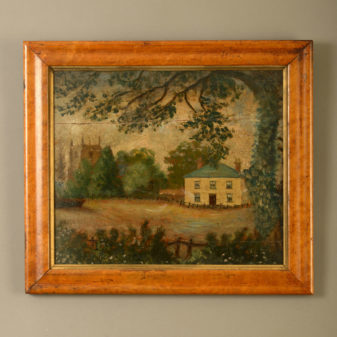