De Bouffier hailed from a family that had roots in the south west of France in the 16th century. As an established family around Lyon and Grenoble they appear to have largely survived the Revolution unscathed and married well, with relatives in the law, clergy and army. Alfred became a Captain in the army of Charles Albert, King of Sardinia and Duke of Savoy in July 1829 and possibly fought in the first Italian War of Independence in 1848, though his civilian dress in this portrait of 1843 would suggest perhaps otherwise. The son of Jean Pierre de Bouffier-Cesarges (1767-1865) and Elizabeth Francoise-Pauline de Portes (1787-1867), he married in April 1844 the aristocratic Adele Marie-Francoise (1821-1876), daughter of Capt. Frederic Louis “Maxim” de Chevallier de Sinard, an officer in the Prussian army in the service of France and Knight of the Royal & Military Order of St. Louis.

Edouard Pingret was an established portrait painter, who had studied under the great neo-classical painter Jacques-Louis David. This influence is particularly strong is this portrait of de Bouffier whose refined elegance and crispness of form and line display the painter’s artistic origins well. He studied in Rome for a time and exhibited at the Paris salons from 1810 with a variety of portraits, genre scenes and historical subjects. Awarded the Légion d’honneur in 1831, he lived and worked in Mexico from 1850-1855 exhibiting annually at the Academia de Bellas Artes. He produced outstanding portraits, including those of Emperor Napoleon Bonaparte in 1808 in France and General Mariano Arista. 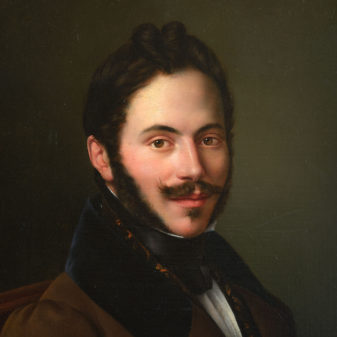 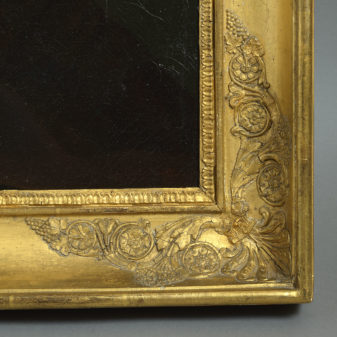 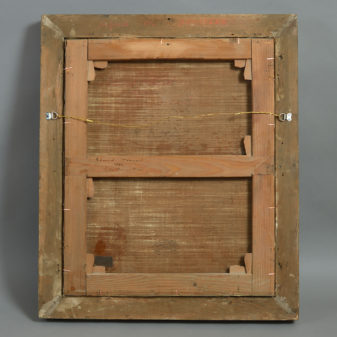