In the collection there are some exceptional versions of well known works. The portrait by Van Dyck of the Countess of Southampton is a reduced variation of his full length at the Fitzwilliam Museum in Cambridge. They are both by the master painter. Sometimes such things can cause problems with other artists, perhaps not quite the calibre of Van Dyck, but nevertheless of an eminent standard. The quick assumption is that the variation is in fact a copy and therefore of lesser significance, but this is a misnomer as illustrated here.

Within aristocratic circles back at the time of, say, the Restoration period, the large canvas could be the principal commission and smaller variations then might be produced for other members of the family. These sometimes would be completed by the master but on other occasions could be undertaken by capable studio assistants with minimal involvement of the master. However, these can all be of good quality and should not be dismissed as inferior out of hand.

Artists have been copying as far back as the Romans who, in turn, copied Greek statues. It was often seen as a way of learning how the old masters worked and using those skills in moving forward. Often with the Romans it was largely the approach “if it ain’t broke don’t fix it”. Why ruin perfection – just do the same again.

From a commercial point of view owning a good copy, one from say the studio of a major painter such as Van Dyck, Peter Lely, or Joshua Reynolds, can represent a more cost effective approach to owning an Old Master which might be impossible to have. If the copyist is important enough an attribution to an individual painter might even be possible. The relatively unknown John Powell was an exceptional student in the studio of Sir Joshua Reynolds, employed largely to make reduced copies. It is recorded that Reynolds after seeing one of these copies, was so struck by the composition that he went back to his original and made changes. 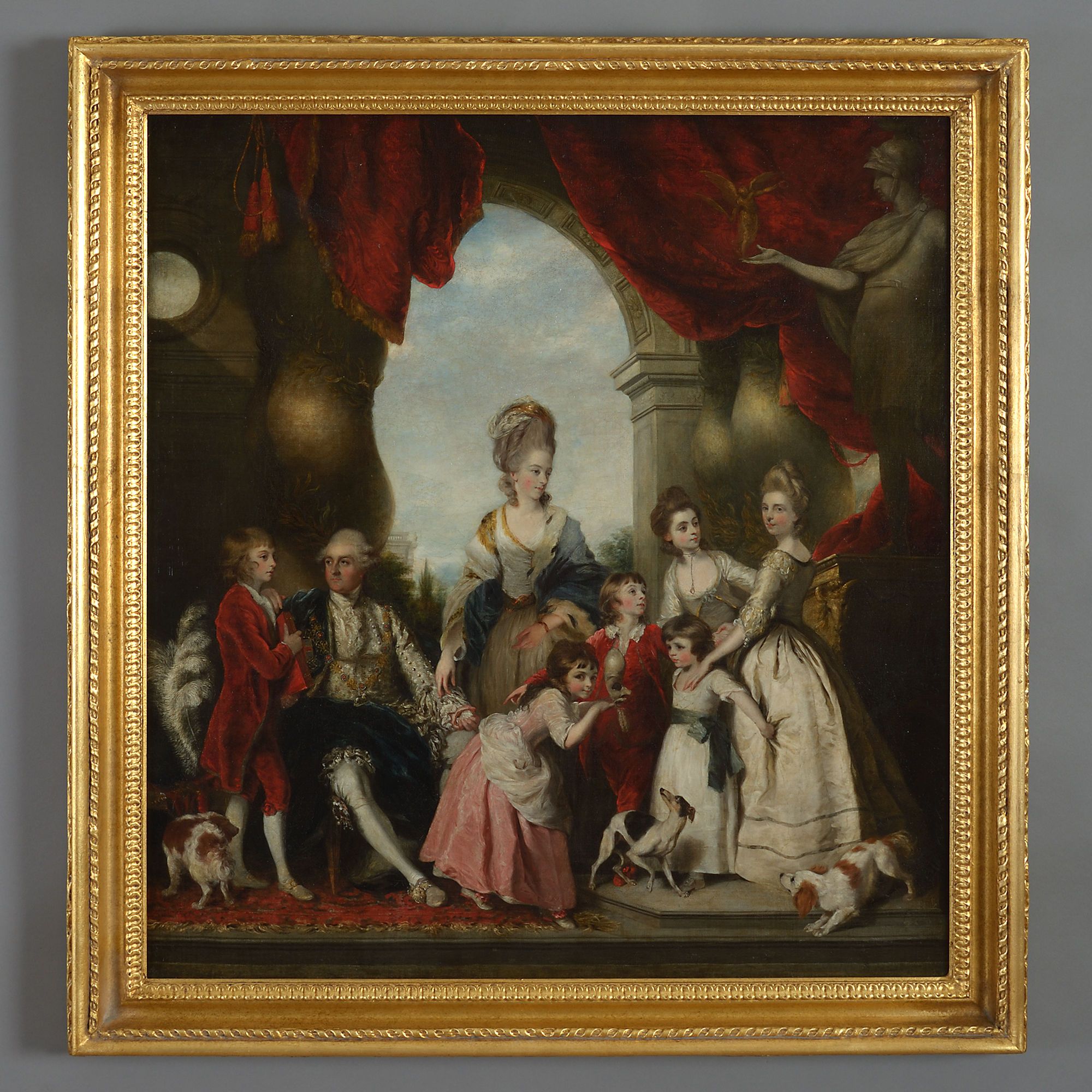 The double portrait of The Earl & Countess of Essex, a 17th century studio copy after Sir Peter Lely’s original in the National Portrait gallery, London

And an exceptional version copy of the Allan Ramsay portrait of King George III, currently available for sale through Timothy Langston.

Also as time goes by some works deemed to be excellent quality copies have in turn be reappraised as being actually by the master – so you never know. With careful consideration your cheaper copy could be something far greater – good luck!