Portrait of a Boy with a Long Bow

Oil on canvas; signed and dated 1834; held in a gilded frame

Giorgio Berti is a relatively obscure painter who is recorded as exhibiting figurative works in Britain during the 1830s, though he appears to have largely spent time working in his native Italy. He was born in Florence and was a pupil at the Academy of Fine Arts under Pietro Benvenuti.

His earlier work of the 1820s is largely religious or rooted in classical legend and undertaken in the environs of Florence, such as the Pitti Palace. It is unclear why he embarked to England in the 1830s but during that time he was based largely in London and exhibited at the Royal Academy a few times, always with Italian subjects.

The portrait presented here echoes similar neo-classical works by his master Benvenuti, and is decidedly Italianate in taste. The heavy red drape, swathed around the classical column revealing a distant mountainous landscape gently bathed in a golden sunset, is compositionally reminiscent of Benvenuti portraits such as ‘Maria Teresa of Austria and Tuscany’, 1817 or ‘Elisa Bonaparte and her daughter’, 1810.  The boy is dressed very fashionably and cradles a longbow in his right arm whilst his left leans on a table with maps, books and a globe.

This picture predates those works previously known by the artist and is a valuable addition to his oeuvre. 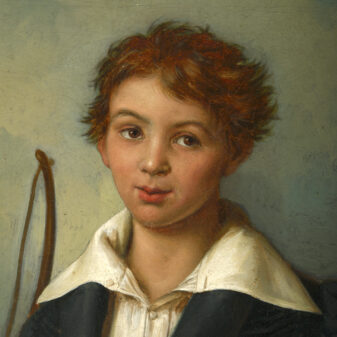 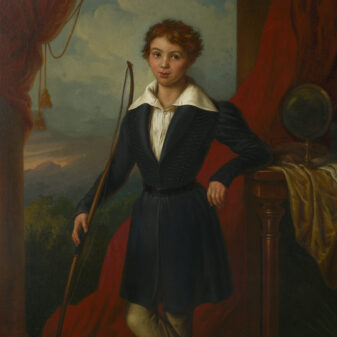 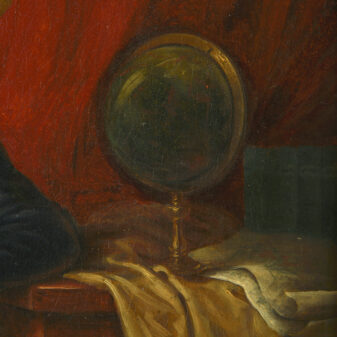